Have you Seen an Angel ? 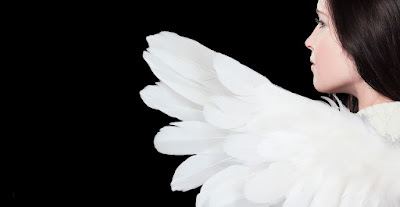 If I look back at my life, there have been three times when I believe in my heart that I saw an angel...each time in a human form. I do not know if my sensitivities were heightened back then but it has been years since anything comparable has occurred.

The first time was when I was living as a nanny in Italy. The family I worked for was going to be out of town and I had not planned things out very well. At twenty-five, I was highly spontaneous even to my own determent.

On a beautiful Sunday morning, the family I worked for went away for a week to and I had the option of going to go see my fiance in Florence. I was living at the time in a villa in a  beachside resort called Forte Dei Marmi, a place where Italy's VIP and well-to-do families went for the holidays. It is a beautiful town and is surrounded by the famed Carrara mountains with their marble, snow-like tips. 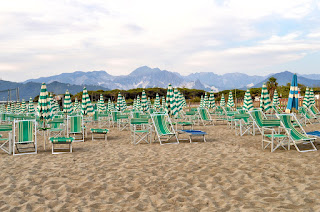 For years, I always hated to trouble anyone and I also hated to ask for help..but this turned out to be so foolish because when they left, I realized I had very little money except to pay for my train ticket. I did not want to call a taxi because I simply could not afford it.

Not wiling to stay by myself for a week, I took my heavy suitcase and began to head to the station which was about an hour away.

That Sunday, no one was out. It was around lunch time and the small street where I walked was empty.  It was a pretty walk. The road was surrounded by pine. Picking up my suitcase which did not have wheels, I would walk a short distance before stopping and resting. By the speed that I was going, I would be fortunate enough to make it to the station by dark.

My hands began to tire and since I had no cell phone back then, I couldn't call my boyfriend to come and get me.  Tears of anger and desperation came to me when I whispered to God,
asking Him for help.

A few minutes later, I heard a car off in the distance. It was an older white car and it soon pulled up beside me.  Inside the car were four young men who were wearing t-shirts and jeans. "Oh bella," the driver cried. "Do you want a lift?"

I hesitated knowing that I could possibly be putting myself in a dangerous situation. Knowing very well the dangers of getting into a stranger's car, I normally would have ignored the invitation and walked on.  But back then I was desperate and somehow, had a sense that God sent me these boys as they appeared out of nowhere just minutes from the time I had prayed.

"I need to go to the train station," I answered.

"No problem," the driver said as he came out and took my luggage. Again, I was fearful that he was going to take away my suitcase which had nothing in it but clothes. But then he placed it in the trunk and I jumped in.

I cannot recall what they looked like. I just remember they were young and in the back seat, the two guys who were probably in their late teens just kept talking to themselves. I then made some small talk asking them where they were from and this I remember clearly. The driver said "Prison" and then laughed heartedly as did the boys in the back. Everything seemed normal. I could smell them, hear them and see them but if I could point out one thing that was slightly off: it was just the way the boys kept talking to themselves as if I or the world wasn't even present.

I watched the road carefully wondering if this would be my last drive on earth when we neared the train station. I then took a huge sigh of relief. I was still alive.

The young man then parked and got out of the car. I looked at my wallet and took out a few 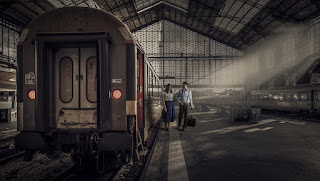 lira. "Please take this for gas. Or I can buy you an ice cream."

He then laughed again. "No," he said. And then he said something that still to this day, decades later, I recall. He said, "You can pay me back by doing a kind act in return."

I looked at the ground and quickly said,  "wow, that is so profound."

When I looked up which was probably a second later, the young man and the car were gone. I looked down the road and there was nothing. No car. No sound of a car driving away. Nothing but an empty road.


As a child, Gaya was highly sensitive and had many supernatural experiences.
She has led a colorful life. Living in Italy for many years, and then with her sister who was a concert pianist and composer but had a severe mental illness, Gaya wants to share her insights on mental illness, childhood trauma, and finding joy with both this blog and a book she is working on.


For questions or comments: mswriter@outlook.com 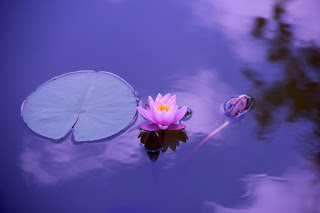